Skip to content
News / Number of Canadians walking, biking to work or school stalls at 22%
Print 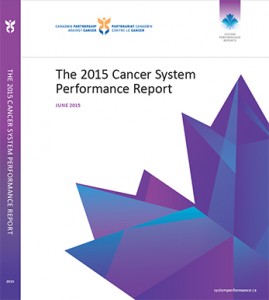 TORONTO — Only one in five Canadian adults walk or cycle to school or work, a figure that has remained unchanged since 2007, according to the 2015 Cancer System Performance Report, the sixth annual report from the Canadian Partnership Against Cancer measuring cancer system performance across the country.

Regular physical activity can help protect against colon cancer and is potentially protective against post-menopausal breast cancer and endometrial cancers. Regular physical activity can also help prevent obesity, which is a risk factor in several other cancers, including those of the colon, rectum, breast, endometrium, pancreas and kidney, and other chronic diseases such as diabetes or cardiovascular disease.

“These findings point to a need to make healthy options easier for Canadians,” said Dr. Heather Bryant, Vice President of Cancer Control at the Partnership. “Communities and municipalities have a vast array of untapped policy options that would encourage more Canadians to use active transportation, which could in turn help reduce the risk of certain cancers.”

The percentage of adults from Canadian provinces who reported cycling or walking to and from work or school in 2013 ranged from 12% in Newfoundland to 26% in British Columbia. The figure was highest in Canada’s three territories, reaching 51% in Nunavut.

Increasingly communities across Canada are recognizing the benefit of investing in active transportation planning and new infrastructure to improve individual health. Active transportation, defined as cycling or walking or taking public transit, may be easier for those in communities and with shorter commutes, but it can be increased by linking it with public transit. This can be done by installing bicycle racks on public buses, for example, or encouraging pedestrian connections to transit stations.

“Integrating physical activity into everyday activities, such as walking for groceries or taking the stairs, is the easiest way to improve levels of physical activity,” said Dr. Gaynor Watson-Creed, Medical Officer of Health for the Capital District Health Authority in Halifax. “Better urban planning and policies designed to promote active transportation would help Canadians make the simple choices that can lead to big health improvements.”

“Complete Streets” policies can also help build roads to accommodate all users, from pedestrians to cyclists to motorcyclists to public transit riders. In Canada, the cities of Calgary, Edmonton, Waterloo, Ajax, Ottawa and Hamilton have all adopted these innovative policies.

The report also looks at 17 core indicators of cancer system performance, including smoking prevalence, which remains unchanged at 19.3% of Canadians; self-reported screening rates for breast, cervical and colorectal cancers; growing use of a standardized tool to measure patient distress; and the number of patients enrolled in clinical trials, among others.

About the System Performance Initiative

About the Canadian Partnership Against Cancer

The Canadian Partnership Against Cancer works with Canada’s cancer community to reduce the burden of cancer on Canadians. Grounded in and informed by the experiences of those affected by cancer, the organization works with partners to support multi-jurisdictional uptake of evidence that will help to optimize cancer control planning and drive improvements in quality of practice across Canada. Through sustained effort and a focus on the cancer continuum, the organization supports the work of the collective cancer community in achieving long-term population outcomes: reduced incidence of cancer, less likelihood of Canadians dying from cancer, and an enhanced quality of life of those affected by cancer.

How to better engage underserved groups in health care...

Palliative care for cancer patients near end of life