Access data on sun safety and tanning behaviours across Canada

Looking at data from 2016 this map offers a snapshot of how many Canadians aged 12 and over report spending 4-6 hours in the sun and seeking shade after 30 minutes or more in the sun over the summer months in five provinces across Canada (New Brunswick, Quebec, Ontario, Manitoba and Saskatchewan). This data is presented in a map of ultraviolet radiation zones across the country, measured in Joules per metres squared, from June through August between the years of 1980 through 1990.

Looking at data from 2015 and 2016 combined, this graphic reports on tanning behaviours for Canadians aged 12 and older in four provinces (Québec, Ontario, Manitoba and Saskatchewan). 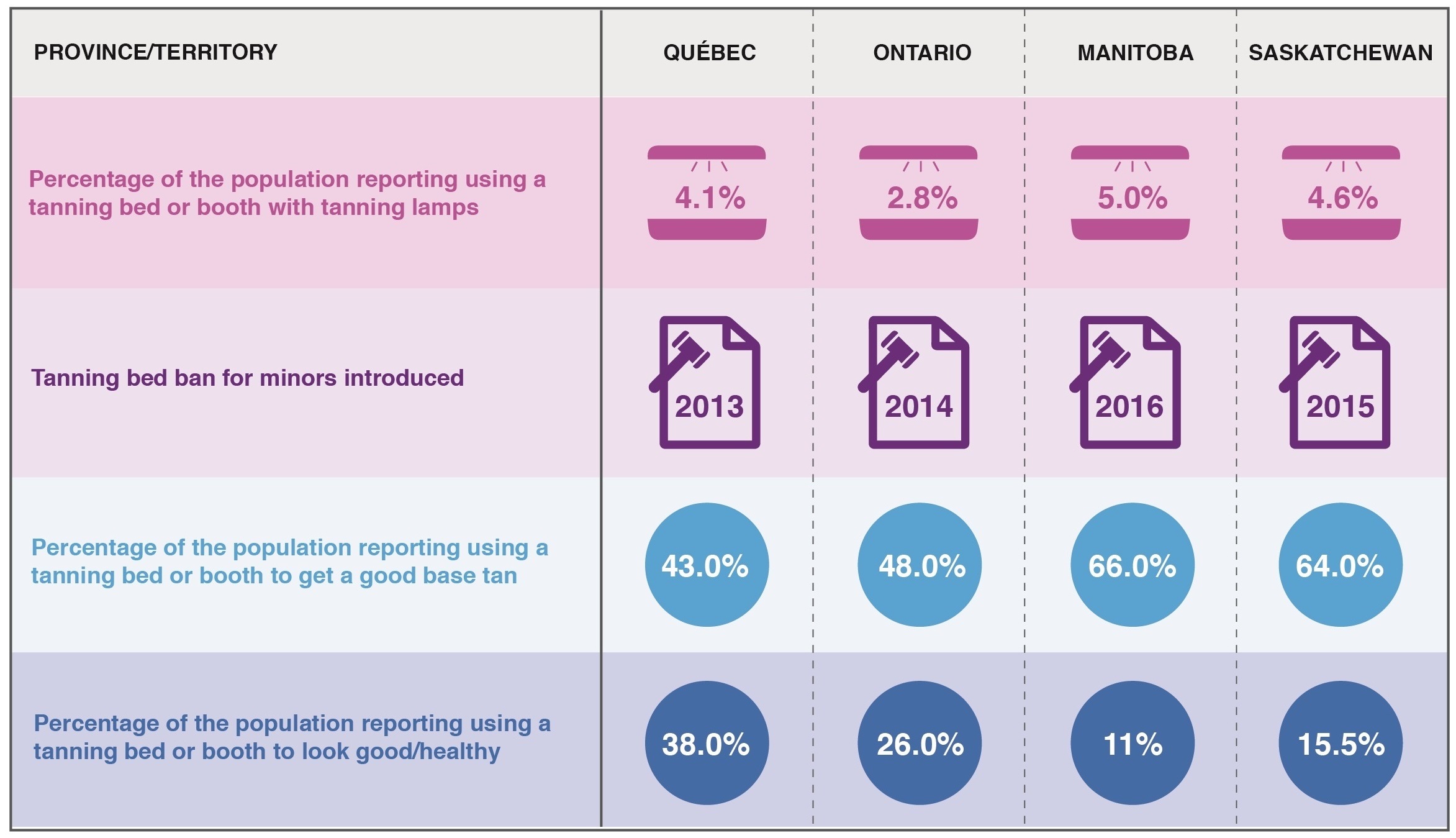 Learn how local, provincial and territorial governments can protect the public from solar and artificial ultraviolet radiation (UVR) by implementing evidence-informed policies